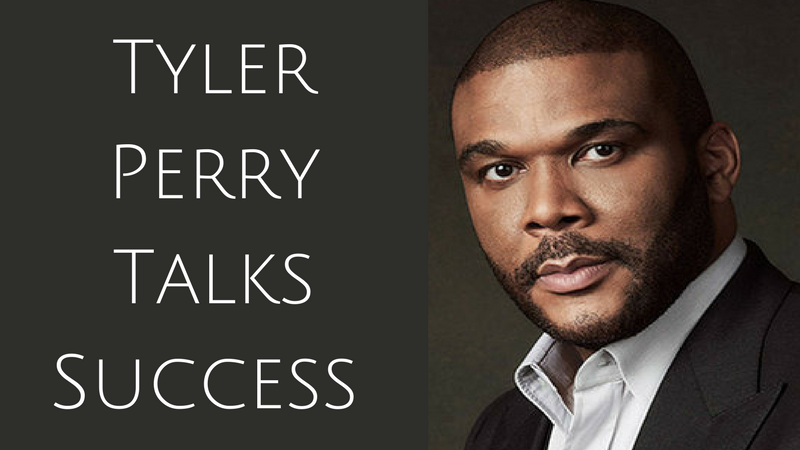 Tyler Perry is quite successful in what he does.? He’s the star of his own movies that have taken Hollywood by storm.

In this video, he talks about planting seeds.

If all you’re doing is planting seeds – sharing your business online with people you meet on Facebook, but you’re not watering that seed.

That seed will die, unless it comes begging for water!

Listen to his advice, and then put it in action.

Where Are Your Seeds?

If you are looking for a bucket full of seeds to spread, I’ll give you seeds, a seed spreader and a platform in which you can water your seeds.? However, it’ll take a commitment from you both in your time and financially.? If you can commit to that, then I suggest you take this blog post and share it around on your social media, right now. Then visit this webpage I’ve created for you.

Tyler Perry knows what he is talking about when it comes to working a business to its success!? That’s what I’m going to in grain inside of you.

The real secret about online marketing is that there is no secret.

It’s all about YOU!

You have to change how you think, and really become a person that is attractive to others – just like Tyler Perry does.

In This video, “Tyler Perry Makes Success Analogy” you might get an “Ah ha!” moment but if not, you probably need to listen to the video a few more times.

Why listen a few more times?

It’s very much like when you’re in school reading a book and you just don’t get a certain passage.? What do you do? You re-read it until it makes sense, right?
Same principle applies here and with anything that you don’t get or that you need to get installed into your heart of hearts.? You know that whatever your heart believes, is what happens in your life.

Keep pressing into LOVE, Abundance, Health, and did I say LOVE?

When you have the right mindset, your action will become more alive and you will see more results than you have ever seen before.

As Tyler Perry Explains Success to those of you that keep chasing deal after deal. You need to realize one thing very quickly. ?The problem isn’t the system or the deal. ?It’s what you are or are not doing.

Listen to what Tyler Perry says about why and how he made it. ?Then copy what he says to do.

You’re going to be the most successful when you follow those that have already made it to where you want to be.

“Success happens to anyone that puts themselves out there – just like gravity will take anyone that jumps from the surface of the earth.”

What Tyler Perry is basically saying is to stop being distracted by those bright shiny objects called the “new systems” guaranteeing your success. ?The problem isn’t with the system, because we all know that if the system works for one person it will surely work for most anyone that puts enough time into it.

So instead of making the new “greener” system the focus, start rethinking your business. ?Think about how you can communicate your business to others without sounding spammy or unprofessional. ?This is how you water your seed.

The seed is your company or business. ?If you start several businesses, you’re going to need ways to water all those businesses so that they stay alive and well. Most people starting out do not have that kind of time or resources in order to keep more than one business alive. ?That’s why I suggest staying in one marketing business or one brick and mortar business until it’s built up enough that you do not have to be there if you were gone for longer than a month.

Tyler Perry also discussed how he made it in the video.

Those that choose to ignore it will eventually be blind-sided by the reason. ?I like how he always gives God the credit for why he made it. ?He kept planting the seeds of success and then left the rest of it up to God to bless that seed.

There may be a time that you feel you are more than ready to be successful. Of course, you will be a success – and I struggled with this as well. ?But what I realized is that the more you are persistent and consistent is when God will literally thrust you into the limelight. (not sure if that’s the right time – 🙂 ?LOL

Anyways, the last part I would like to discuss is setting your goals for the day, week, month, year. ?Some people will go further than a year – but for the most part, I’d like to focus on just the current year. ?This alone will set you apart from the others because they just don’t do this one simple task. ?Goal setting.

Goal setting is your choice. ?Do you see it as a necessity or an option? This will tell you where you stand against success or with success.

This test will surely show you where you stand. ?I know we all want to be in a position that the alarm clock isn’t dictating what we do in the mornings that work is the norm rather than relaxation.

There are only a select few that are ready for success and even then there are some that say they want success but are just tire kickers in disguise.

Goal Setting is a skill set that will drive you to succeed just as much as the desire to succeed is. ?So make sure it’s part of your repertoire.

Make it a great year!
Jon