Today’s post will be talking about how baseball helped me learn crucial lessons for success in life.

Let me preface this with one statement. I grew up as an athletic person and that has helped me through many things in my life. I was able to get passed all the kids my age and a tad bit older than me by using my pure instinct for the game of baseball. I also played basketball but with less success (even though I found basketball more fun). 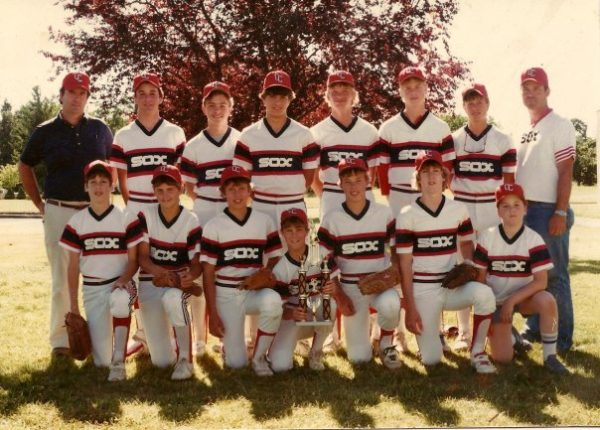 Baseball is a thinking man’s game (softball too!). I was drawn to the action because quite frankly, I knew that if I was put in the outfield during all the tee ball games, and subsequent leagues, I would get bored and want to quit. I knew I was a leader then as I am now. So I stepped up and volunteered for the position of pitcher.

Before anyone goes for the position of a pitcher at any age level, you have they have to know that any pressure imposed on them would be easy to handle and accept that. Perhaps even thrive on it.

So when I learned how to throw a curve ball when I was a freshman in Jr. High (I was in the Jr. high system unlike most of the systems now being set up as middle school) I found a tool that I could use to set people up for my fastball which was my bread and butter going through the ages of 8 until around 14.

I liken this new information to many things but also know that when someone teaches you a new thing and you don’t start using it right away, you won’t be successful at it. You may even forget that you have that tool.

Life after the curveball was learned, used in league games, and perfect each time I threw it in practice and or a game, was a big build up for the one game that counted.

I was having a rough outing in this game and had to ‘suck it up’ as we called it then. So I made a mental note to think on the basics and just pitch my game.

That is easier said than done.

However, on one of the batters, I remember getting down 3 balls and 1 strike. I had been trying to hit the corners of the plate to strike the batter out – which wasn’t working clearly.

I got on the mound, waited for the signal – which I shook off until I got the curve signal. I knew I was going to throw with everything I had with this curve ball pitch.

I went into my wind up and reared back and then forward with the pitch. I was aiming for the batters HEAD!! Yes, that was my target.

The Umpire started to raise up, as if to call a ball but realized it was a strike and I heard those two words that every pitcher loves to hear, “STRIIIIKEEE THHHREEEE!!!”

It was at that point, I knew that I could do anything that I set my mind out to do.

Our team lost that game 16-1 to a pretty good team from Oregon City. But, I had many more victories and lessons learned in that game that propelled me in my next few years.

The only thing left that I wanted to accomplish was to win the state championship – which I did as a member of the Forest Grove Grimmett team in 1986-and 1987.? In 1988, that same Sr. Babe Ruth team from Forest Grove, went to nationals and took 1st place.

The team is where we thrive, and it’s definitely a talent we all have within each one of us. Learn the skills to become a team builder and start living the life of your dreams, because if baseball helped me learn, it will benefit you too!